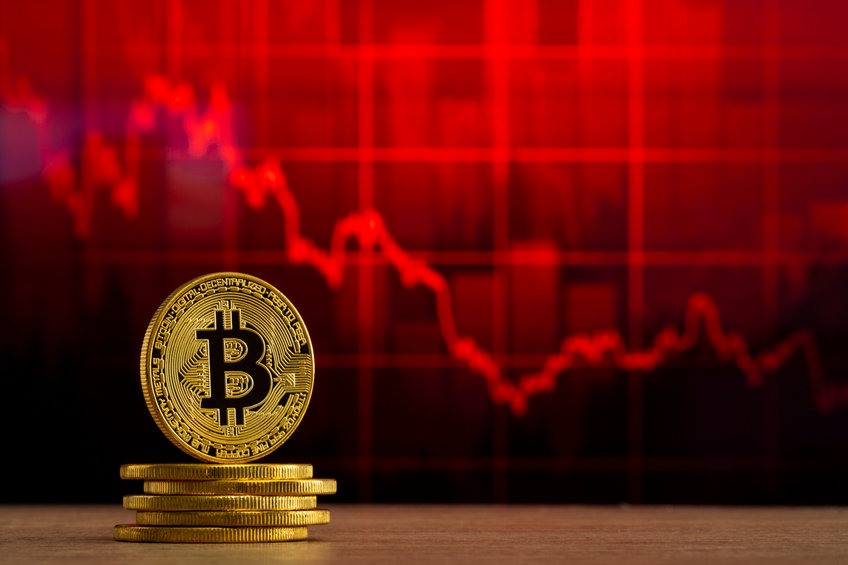 Bitcoin price fell sharply on Monday to break below $30,000 and register its lowest level since July 2021.

As the sell-off in the crypto market mirrored Monday’s bloodbath on Wall Street to hit lows of $29,996, over 40% of Bitcoin supply slipped into an unrealized loss. And on-chain data from Glassnode suggest more pain remains a possibility if the current outlook is compared to that of the 2018 bear market.

The picture could be worse given Bitcoin’s short-term correlation with stocks, which means more losses for stocks amid higher rates and other macro headwinds could see BTC also plummet. It’s looking increasingly bleak for Bitcoin, which could retreat beyond the $28k level.

But according to Perianne Boring, the CEO and founder of the Chamber of Digital Commerce, the drawdown is a “massive buying opportunity.”

“Everything is down,” Boring noted in an interview with CNBC’s “Squawk Box” on Tuesday, pointing to the rout seen in stocks and bond markets amid Fed’s tightening. The low prices offer a buy the dip opportunity, she told CNBC’s Andrew Ross Sorkin.

"Bitcoin has only been around for 13 years. This is the first time that #bitcoin is experiencing a Fed tightening," says @PerianneDC on the recent #crypto sell off. "Everything is down … this is the Wall Street mantra at play: Don't fight the Fed." pic.twitter.com/hMjz5wmXi4

Among the biggest dip buyers this week was El Salvador, which snapped 500 BTC worth over $15 million.

Boring also said people are trading Bitcoin like a traditional asset, yet the cryptocurrency is not. Again, the focus has been on BTC’s price although really it should be on the network value.

In terms of where she thinks Bitcoin will go in the future, she said the benchmark cryptocurrency’s fair value as per valuation models, currently stands between $48,000 and $180,000.

Bitcoin reached its all-time high of $69,000 in November and, at current price levels, is trading nearly 54% off that peak.

May shopping list: 3 coins to consider buying this month