If You Invested $10,000 in Unity Software in 2020, This Is How Much You Would Have Today
Advertisement

Unity Software (NYSE: U), the creator of one of the world's top video game development engines, went public at $52 per share in September 2020. Its shares opened at $75 and skyrocketed to an all-time high of $201.12 last November, but have since tumbled back to around $44 as of this writing.

A $10,000 investment in its IPO shares, which would have blossomed to nearly $39,000 last year, would only be worth about $8,500 today. Let's review Unity's meteoric rise, its painful decline, and its potential comeback. 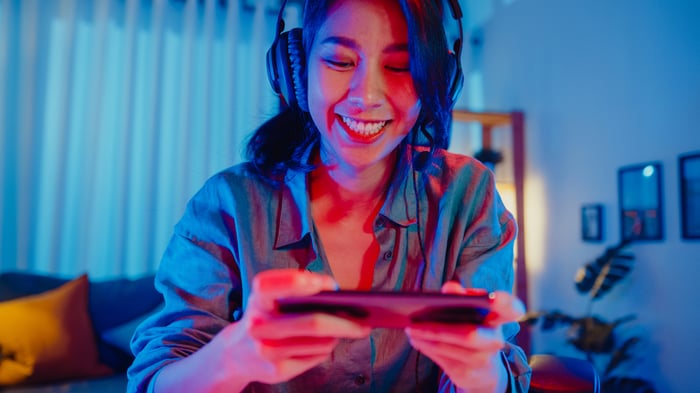 Why did the bulls fall in love with Unity?

Unity initially attracted a stampede of bulls for three reasons. First, its game engine already powered more than half of the world's mobile, console, and PC games. By bundling together a wide range of tools, Unity made it easy for developers to create games that could run across multiple platforms.

Second, Unity locked in those developers with additional tools for integrating ads, multiplayer features, analytics, and revenue-sharing services into their games. It was also expanding its core development engine into the augmented reality, virtual reality, and nongaming markets.

The expansion of that subscription-based ecosystem suggested that Unity could eventually evolve into a more diversified cloud-based services company like Adobe or Autodesk.

Lastly, Unity's growth rates were stunning. Its revenue rose 43% to $772 million in 2020 and grew another 44% to $1.1 billion in 2021. CEO John Riccitiello also repeatedly told investors that Unity could maintain more than 30% annual revenue growth "over the long term."

Those core strengths, along with the market's ravenous appetite for hypergrowth stocks last year, drove Unity's stock to its all-time high last year.

Why did the bulls fall out of love with Unity?

At its all-time high last November, Unity's stock was valued at $57.5 billion -- or 52 times the sales it would actually generate in 2021. That frothy price-to-sales ratio made it an easy target for the bears.

Unity also remains unprofitable by both GAAP (generally accepted accounting principles) and non-GAAP measures. That sea of red ink made Unity an even less appealing investment, as rising rates made it more challenging for unprofitable companies to secure fresh funds. Unity told investors it could break even on a non-GAAP basis by 2023, but that vague goal failed to save it from the relentless retreat from unprofitable growth stocks.

Unity's stock had already declined to the $60s by early May, but it plummeted nearly 30% in a single day following its first-quarter report on May 10.

The main culprit was a severe, unexpected slowdown as its Operate Solutions segment, which houses its Unity Ads service. The advertising platform's Audience Pinpointer tool ingested a lot of "bad data," which was possibly related to Apple's privacy update on iOS, and Unity needed to rebuild the entire algorithm.

As a result, Unity now expects its revenue to rise just 6% to 8% year over year in the second quarter and 22% to 28% for the full year. Both forecasts broadly missed analysts' expectations and sowed doubts about its long-term target for 30% annual revenue growth.

What's next for Unity Software?

Unity now looks more reasonably valued at nine times this year's sales. Adobe, which anticipates 12% revenue growth this year, trades at 10 times that forecast. Autodesk, which expects its revenue to increase 13% to 15% this year, trades at eight times that estimate. However, Adobe and Autodesk are both firmly profitable -- so investors are likely more focused on those two companies' price-to-earnings ratios than their flimsier price-to-sales ratios.

I personally own some shares of Unity, but it's not a great buy right now. The next few quarters will be challenging as the company reboots Unity Ads, and slower video game sales in a post-lockdown market could exacerbate that pain. Unity could eventually bounce back if it gets its act together, but other tech stocks look like much more compelling buys in this tough market.

10 stocks we like better than Unity Software Inc.
When our award-winning analyst team has a stock tip, it can pay to listen. After all, the newsletter they have run for over a decade, Motley Fool Stock Advisor, has tripled the market.*

They just revealed what they believe are the ten best stocks for investors to buy right now... and Unity Software Inc. wasn't one of them! That's right -- they think these 10 stocks are even better buys.

2 Growth Stocks to Buy on the Dip