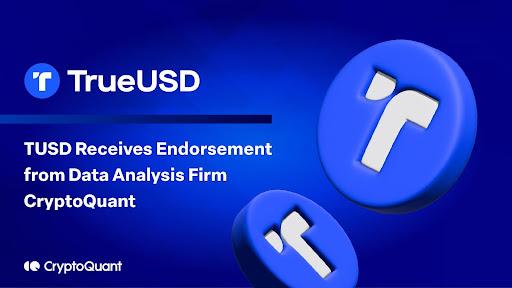 TUSD has been endorsed by CryptoQuant, a data analysis firm for cryptocurrencies, ranking in the top eight in the stablecoin efficacy report published July 21.

Robustness is crucial for financial products as it represents stability. Stablecoins with high peg robustness allow users to redeem their assets securely, without fear of a price shock.

TUSD’s high robustness score is well-deserved. Available sources reveal that it is one of the most transparent stablecoins, fully collateralized by U.S. dollars and attested live on-chain. Also, TUSD is audited in real-time by Armanino, a leading U.S.-based accounting firm, to ensure a 100% collateral ratio. 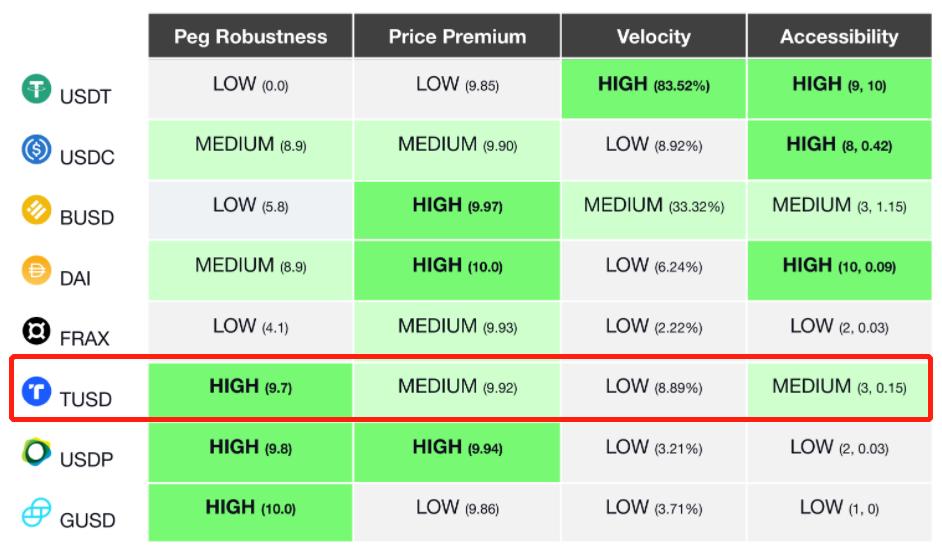 (TUSD’s scores in the four dimensions)

TUSD ranking in the top eight for stablecoins, as shown in the TUSD blog article and CryptoQuant efficacy report mentioned earlier, reveals its all-around effectiveness in the four dimensions. The report expects TUSD to see further growth in the coming months.

TrueUSD is the first digital asset with live on-chain attestations by independent third-party institutions and is backed 1:1 with the U.S. dollar. So far, it has been listed on more than 100 trading platforms such as Binance and Huobi, and is live on 11 mainstream public chains including Ethereum, TRON, Avalanche, BSC, Fantom, and Polygon. TrueUSD is attested to in real-time by Armanino, one of the largest U.S.-based accounting firms, to ensure the 1:1 ratio of its USD reserve to the circulating token supply and the 100% collateral rate. Users can access the publicly available audit results via the official website tusd.io at any time.

Can Cardano Price reach 10 $ in the next Bull Market?

The bear market has now caused Cardano to drop sharply in price. Can Cardano price reach 10 $ in the next bull market?

In 2021, Cardano as a network took an extremely big step and the price of the ADA token saw a massive explosion in the fall of last year. The bear market has now caused Cardano to drop sharply in price. But that doesn’t mean that Cardano doesn’t still have massive potential. Can Cardano price reach 10 $ in the next bull market?

In this article, we’ll look at the potential of Cardano in this crypto cycle and see if the ADA token can rise to a price of $10 in the next bull market.

Cardano (ADA) is a blockchain network characterized by a combination of scalability, security and decentralization. Cardano is considered one of the most technically mature blockchains on the market. Above all, the scientific approach to the further development of the blockchain ensures that the network has extreme growth potential.

Cardano’s network token is called ADA . Cardano is considered to be one of the biggest competitors for Ethereum because the blockchain can run smart contracts and is partially ahead of Ethereum in many areas such as efficiency and security. In the past, Cardano was often called the “Ethereum killer”.

The further development of Cardano takes place in different phases, which we present in more detail in our article on the Cardano roadmap . The development runs in 5 phases. Scalability is currently being developed as part of the Basho phase.

How did ADA Price Perform in recent months?

The ADA price saw a massive increase in 2021. In September 2021, the ADA price rose to an all-time high of over 3 dollars. The ADA was only worth $0.10 before the bull market. The price rose massively, especially in the third quarter of 2021, as the introduction of smart contracts took place with the Goguen update.

With the new smart contracts, Cardano could become the basis of dApps, which drove the price up. After rallying above $3 in September, the price saw a sharper drop in the fourth quarter of 2021. At the turn of the year, the ADA rate was still at $1.37. The bear market caused the price to drop more than half from its all-time high.

In 2022, the fall in ADA continued. After further falls in the first half of 2022, ADA price saw a low of $0.41 in mid-July. After that, the price was able to recover. At the beginning of October, the Cardano price is now at $0.43. Can the Cardano price actually rise to $100 in the next few years?

What were the reasons for Cardano’s losses?

In September 2021, the ADA price surged to $3 due to the introduction of smart contracts . With that, Cardano saw a rise of 30x from its low of $0.10 in the previous bear market. But after that we saw massive losses. What were the reasons for this and can Cardano recover in the future and possibly rise to $100?

The Cardano price started falling at a time when many other coins were rising. This was partly due to a rebound after the massive rally to $3. On the other hand, investors’ attention switched more and more to other networks such as Solana and Avalanche. These networks are characterized above all by an extremely high transaction speed.

Especially in terms of speed, Cardano has not yet reached the level of these modern blockchains. Due to the high scalability of the Solana blockchain in particular, it was extremely popular in the fourth quarter. Cardano, on the other hand, lost some energy.

The bear market then sets in from November 2021, so that the fall in the ADA rate continued over the turn of the year and in the first half of 2022. Only in the third quarter of 2022 did the prices of the cryptocurrencies and the ADA price stabilize.

Can Cardano Price reach 10 $ in the next bull market?

Now that we have seen these sharp losses and the drop below $1, many investors are wondering if the Cardano price can reach $10 and how long it will take. Can it even be that we will already see the $10 for Cardano in the next bull market?

In the last bull market, we saw a rise from $0.10, the low in the last bear market, to the all-time high of over $3. That was an increase by a factor of 30 . Here we see how much a cryptocurrency like Cardano can rise within a few months in a bull market.

Should Cardano continue its long-term evolution and become a more efficient blockchain than Ethereum, Solana or Avalanche, the price could actually explode. If Cardano becomes the better alternative to Ethereum in the future, the network should easily become the go-to blockchain for smart contracts, the fact which increases ADA prices to 10 $ or higher.

While not impossible for Cardano to surge above $10 in the next bull market, it is very difficult. Because the increase within a cycle would under normal circumstances and compared to past increases be significantly too high. Only a massive explosion of the Cardano network and the detachment of Ethereum would be a possibility that Cardano can climb to $10 in the next 2-3 years.

However, a rise to $10 in the subsequent bull markets is more likely. This bull market would take place after Bitcoin Halving 2028. So we could still see massive increases in most major cryptocurrencies in 2029 and 2030. Until then, Cardano also has more time to become the largest smart contract platform.

Until then, the Cardano price could rise to $2-5 in the next bull market, which is much more realistic.

Is an investment in Cardano worth it?

Despite the good Cardano forecasts, there is still a certain risk when investing in cryptocurrencies. But Cardano is one of the cryptocurrencies that can actually increase in value massively in the next 5-10 years. A Cardano price at $10 is by no means impossible.

An investment in Cardano should be based on a long-term strategy. In the bear market, the Cardano price rarely rises. Therefore, you should regularly invest in the ADA token if you are convinced of the project and then wait for the next bull market.