Shares of the commercial-stage cancer company Epizyme (NASDAQ: EPZM) are soaring today. Specifically, the drugmaker's stock is up by a handsome 58% as of 10:50 a.m. ET Monday.

Epizyme's shares are racing higher today in response to a buyout agreement with French biopharma Ipsen (OTC: IPSEY). Ipsen reportedly agreed to pay $1.45 per share, as well as a milestone-dependent contingent value right (CVR) of $1.00 per share, to acquire the small-cap drugmaker. 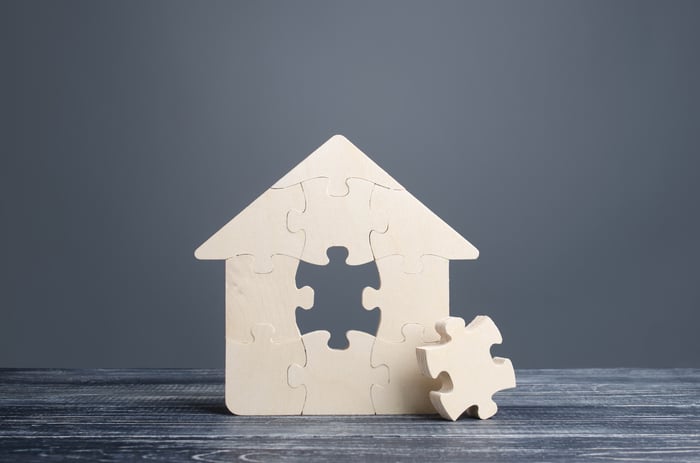 The deal represents a roughly 60% premium relative to Epizyme's closing price last Friday. Ipsen and Epizyme said they expect the transaction to close by the end of the third quarter of 2022.

Through this buyout, Ipsen will gain Epizyme's EZH2a inhibitor cancer drug Tazverik, which was initially approved by the Food and Drug Administration (FDA) as a treatment for patients with epithelioid sarcoma (a type of soft tissue cancer) back in January 2020. Epizyme has since been able to broaden the drug's label to include patients with follicular lymphoma, a form of non-Hodgkin lymphoma.

Although Tazverik is reportedly the primary driver behind this deal, Ipsen will also gain the oral SETD2 inhibitor EZM0414 via this transaction. EZMO414 is currently in early-stage clinical trials as a potential treatment for adult patients with relapsed or refractory multiple myeloma and diffuse large B-cell lymphoma.

The key takeaway from this buyout seems to be that larger biopharmas do appear to be bargain hunting right now. Speaking to this point, Epizyme's stock was down over 90% over the past 12 months and over 94% from its five-year high, achieved around the time of Tazverik's first regulatory approval, prior to today's deal. Ipsen, in short, was able to scoop up Epizyme at a bargain basement price thanks in large part to the ongoing bear market. The inherent difficulty of raising cash during a prolonged bear market could in turn spark a rash of similar deals in the not-so-distant future.

10 stocks we like better than Epizyme
When our award-winning analyst team has a stock tip, it can pay to listen. After all, the newsletter they have run for over a decade, Motley Fool Stock Advisor, has tripled the market.*

They just revealed what they believe are the ten best stocks for investors to buy right now... and Epizyme wasn't one of them! That's right -- they think these 10 stocks are even better buys.

SHPING Price Predictions: Where Will the SHPING Crypto Go After 2000% Rally?

Can Larry Culp Save the Day for General Electric (GE) Stock?